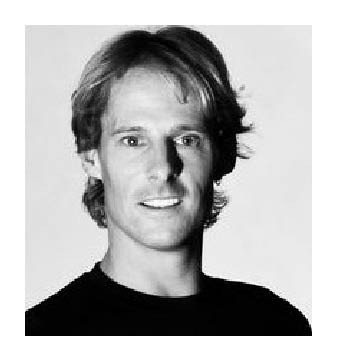 Choreographer Paul Knobloch is noted by critics for having a unique movement vocabulary based on the highly developed fusion of classical and contemporary dance.

During Knobloch’s eight years with The Australian Ballet he forged a strong identity as both a leading dancer and choreographer. In 2006 he made his professional choreographic debut collaborating with young Australian composer Anne Cawrse. together they brought forward the development of innovative new ideas for composition and dance resulting in “FourTune“ which premiered at the Sydney Theatre as part of The Australian Ballet’s “BodyTorque Face the Music” Season.

After receiving vast praise from both the public and press and making a bold impact with “Four Tune” Knobloch was commissioned by artistic director David McAllister to create “Valetta“ which was his first major creation for the main stage.  “Valetta” had its world premiere at the State Theatre Victorian Arts Centre on 7th June 2007.

Knobloch’s work has been praised by Australian dance critics and the dance media alike as being “Visually Captivating“ (Herald Sun) “Sophisticated choreography that elegantly blends classical and contemporary dance” (Canberra Critics Circle) “Every bit the match to Marius Petipa’s choreography” (The Herald Sun) and it has also been stated that “Knobloch is at the beginning of launching a promising choreographic career”. (The Australian)

Between 2007 and 2009 Knobloch created two more works for The Australian Ballet “Pointe Break“ and “Impromptu” of which the latter was performed at the celebrated Sydney Opera House as part of the companies education program.

2011 brought forward an exciting new commission for Knobloch in “Facets of Light” for Ballet Victoria of Canada, set to the music of the legendary Johann Sebastian Bach. Paul was also invited in 2012 to create “Midnight Symphony” and “In Honour” for Canberra’s Premiere Performing Arts Center the Canberra Dance Development Center and in 2013 he was commissioned to create “Scottish Fantasy”  for the center’s Youth Ballet Company.

Paul has built a strong collaboration with the Canberra Dance Development centre and in 2015 was honoured with the Title Creative Associate and Guest Choreographer. He has since created “Bright Shadow” of which was Awarded second place at Australia’s Largest Dance Eisteddford  “The Dance of Champions” in 2014.  Paul also created “Chosen One” and “Fleur de Clare”  for The 30th Year Gala Celebrations of Canberra Dance Development Centre in 2015.

After having developed a strong affinity for movement and music and from being inspired by notorious choreographers, Knobloch continues experiencing the opportunity of working internationally with other companies, directors and dancers of the highest possible caliber and by continuing to bring new innovation to dance he hopes to expand on his development and capacity as an Australian choreographer.