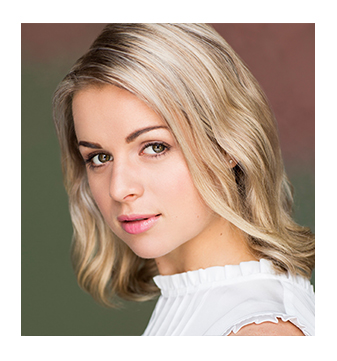 Ellie has had the success of being the first Australian to graduate from The Juilliard School in New York City, USA, with a Bachelor of Fine Arts in Dance. This training provided Ellie with world class education and experiences in the performing arts from the most prestigious arts conservatory in the world. With a rigorous education in ballet and modern techniques of the great contemporary choreographers, she has had the honour of working with and performing the works of this centuries top choreographers including; William Forsythe, Pina Bausch, Ohad Naharin, Hofesh Shechter and Kyle Abraham. She has also intensively studied Anatomy, Dance History, Stagecraft, Literature and Materials of Music, Elements of Performing, Performance Production and Producing.

Regularly performing in the theatres of Lincoln Centre in New York City, Ellie has travelled the world with dance; performing on tour with Juilliard in Aiken South Carolina, expanding her knowledge at training programs in Colorado USA and Tel Aviv Israel, visiting dance companies throughout Germany, Paris and England, teaching dance at an orphanage in Johannesburg South Africa and doing weekly outreach performances at facilities throughout New York City.

Ellie’s career has also expanded into commercial work including TV commercials, film clips and TV series for many different companies including Disney Channel Australia as well as being a featured dancer in film clips. Ellie is originally from Orange NSW and moved to Sydney to study dance full time at Brent Street. She then went one to perform a season with Melbourne Ballet Company before moving to New York City where she lived for five years.