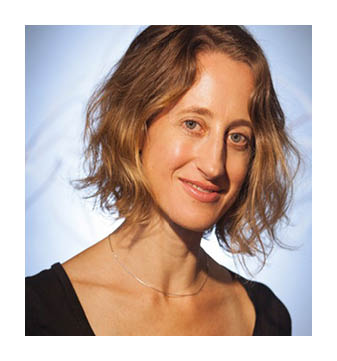 Andrea Briody was born in Ballarat, Victoria and began her dance training in the Cecchetti method at the Carole Oliver School of Ballet before completing her formal training at the Australian Ballet School in Melbourne.
Her first professional engagement was as a member of The Dancer’s Company followed by engagements with The Victorian State Opera and Opera Australia. She travelled to Europe and worked with London Ballet Theatre touring throughout Europe, America and Canada. Andrea then joined City Ballet of Trier in Germany followed by the State Theatre of Saarbrücken, Germany.
In 1999 Andrea returned to Australia to audition for Graeme Murphy. She joined Sydney Dance Company in 2000 performing in works from Graeme Murphy, Stephen Petronio and appearing in dance films and works from Narelle Benjamin. During this time Andrea travelled extensively throughout the world performing in many international dance festivals.
In August 2006 Andrea joined the State Theatre of Tyrol in Innsbruck, Austria under the direction of Birgit Scherzer. She returned to Australia in August 2009 and began teaching and adjudicating while completing her Bachelor Degree in Communications and obtaining a Diploma of Remedial Massage.
From 2009, Andrea began guest teaching at various dance schools in Victoria and New South Wales including the Victorian College of the Arts Secondary School, Brent Street, Studio Tibor, Studio 26, Bronte Ballet School, Double Bay Public School, The National College of Dance, Alegria, All Starz Performing Arts, and NIDA. She was a guest coach on the ABC’s production of Dance Academy between 2011-2013.
Andrea is a regular teacher for the Sydney Dance Company and has also taught for Bangarra Dance Theatre and Michael Bourne’s Swan Lake. She teaches weekly for the Sydney Dance Company Open Classes and has been invited to adjudicate dance competitions and awards in Australia and New Zealand including the Cechetti Medal Awards, Isobel Anderson Awards, RAD Bursary, PACANZ, The Justine Summers Award, The Betsy Sawers Memorial Award and the Sydney Eisteddfod.